What is Swine Flu? Your Questions Answered 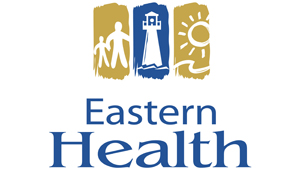 A new influenza virus called swine flu is creating panic not only among Americans but is causing panic on a global scale. The virus continues to spread from person to person and from one country to another. Barely two months after the virus was detected in the United States, the World Health Organization, declared on June 11, 2009, that a pandemic is underway.

The virus was first called swine flu because of research and laboratory test findings that shows a similarity between the genes of the new virus to the influenza virus occurring in North America’s swine population. The world’s pig population generally carried the swine influenza virus, but it was not common for the virus to be transmitted from pigs to humans.

Despite this, regular exposure to pigs can increase one’s risk of getting the HiNi infection. However, there is no risk of being infected with the virus by mere consumption of the meat of an infected animal provided the meat is cooked properly.

Doctors however decided to refer to the virus as HiNi and no longer swine flue, to dissociate the virus from the perception that it can be acquired by eating pig or pork. The rare cases of humans infected by the swine flu virus were among those who had direct contact with the animal. The latest HiNi outbreak is however caused by a different virus which has changed and can now infect people who have not had any close contact with pigs, and which can be passed on from person to person.

People should realize that swine flu is constantly changing and the Mexico outbreak is a new type which contains DNA usually present in the avian and human viruses. The new strain is said to be the cause of the new influenza cases and this has been confirmed by the World Health Organization, which is closely monitoring the case considering it has the potential to spark a pandemic.

And considering the thousands of people who travel in and out of Mexico daily, there is a great chance that the virus has already been transmitted countless times already. This has indeed been proven with the ensuing outbreaks in different parts of the world.

The Center for Disease Control calls the new swine flu outbreak H1N1 flu. WHO on the other hand, calls it the pandemic influenza A H1N1. But no matter how it is called, there is reason to believe that the swine flu or influenza virus is a new strain that is highly transmissible from one person to another. And since there is as yet no vaccine to prevent the swine flu virus, people all over the world just have to make sure they have strong immune systems and that they avoid contact with persons inflicted with the virus.