All About Canine Influenza 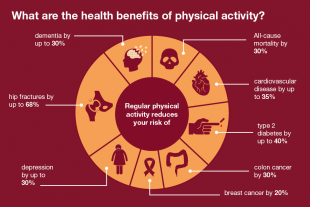 Although Canine influenza has been around for a few years now, many dog owners know little if anything about this virus which was first diagnosed in 2004. Canine influenza is an illness in a dog that mirrors that of the flu in human beings. It is thought that this strain of virus is one that has been found in horses for years and had somehow mutated so that dogs too would suffer from it.

Symptoms and Treatment of Canine Influenza

Approximately 80% of all dogs who come in contact with the virus will catch it. The symptoms most will display are: a cough that can last up to three weeks and a yellow or slightly greenish nasal discharge. In more severe cases dogs will shows signs of a fever and increased respiratory rates.

See also  Is coconut oil good for your skin?

The virus is usually not fatal, but has been for an estimated 1-5% of dogs who contacted the disease.

Treatment consists mainly of antibiotics to help fight off secondary infections such as the nasal discharge, good nutrition may help strengthen your dogs immune system so that it can fight off the disease. There is also a vaccine that can be given to your dog and while it will not prevent your dog from contacting the virus it will help reduce the severity of the virus. This vaccine however, is not given to every dog and is limited to those dogs who stand a high risk of exposure. Most dogs will recover from the virus in 2-3 weeks.

The more contact your dog has with other dogs the higher is his risk of exposure. Avoiding dog parks, groomers and other places where numerous dogs may be on a daily basis the greater the chances are of you protecting your dog from the virus.

The one place your dog may be reasonably safe is the Vets office. The disinfectants vets use on a normal basis seems to greatly reduce the risk of the virus spreading during your dogs semi annual check up or treatment for illness.

If you are considering adding a dog to your family especially one that already has a canine member, it is wise to inspect the facility from where the dog will be adopted. Ask about their sterilization procedures and view the rest of the animals in the facility looking for signs of a cough or nasal discharge. Only adopt a dog from an institution where all the animals appear healthy.